When Beth and David moved to Creekside in June, their arrival was announced quietly … no moving van or U-Haul accompanied them.  They had no furniture, not even in storage. It’s not that they don’t like furniture.  They had disposed of it all in mid-2019, along with their home, so they could take off and see the world.

Travel is their true passion. Every chance they got they would travel.  They had previously visited most of Europe on vacation, sometimes staying for as long as 2 and even 3 months.  They enjoyed immersing themselves in the culture and daily lives of those in various European countries.  France had been a favorite, dispelling the snobbish French attitude held by many.  Each country had its special quirks and joys that delighted them and as David says, “I think it’s hard to be a good citizen unless you travel.  It used to be so easy to think our country was the ‘correct’ way to live and act.  Visiting other people and their cultures helped me see some fallacies in that way of thinking.” 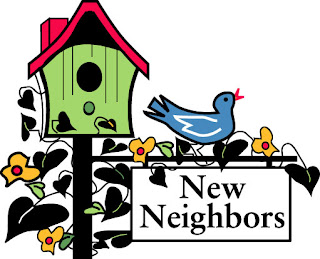 Their intent in 2019 was to live first in the Canary Islands (which is like Hawaii to the Europeans).  They were planning on continuing to other places and peoples as long as they were having a good time.  After 3 months they had to leave the Canaries because of the European Union Schengen-zone agreement that permits third-country nationals (like U.S. citizens) to stay in a country for only 90 days in a 180-day period.

Off they headed for London both because it is outside the Schengen-zone and is a major travel hub.  Other countries were options, but Beth loved England and especially wanted to visit the Christmas markets.  But as luck would have it, a medical issue forced them to return to the states in January 2020.  When is a medical problem lucky?  Recall that Covid struck in late January, and heaven only knows how long they might have been stuck in England had they not returned when they did.

David had retired from the Kirkland Fire Department after 32 years.  He was exposed to few dangerous fires, but the medical responses that are a part of the daily life of a firefighter put him in harm’s way more than a couple of times.  David reminds us to slow down and move over when approaching an emergency on the roads.  Apparently firemen spend 20% of their time fighting fires, and 80% dealing with medical issues.  Beth, who is a talented artist, worked as a teacher and librarian for brief spells, but enjoyed life more staying at home with her two kids, a boy and a girl, who now live in Snoqualmie and Los Angeles, respectively.  Their son has produced four offspring, so Beth and David are proud grandparents.

Beth and David met at Bellevue Community College, she 18 and he 19, and were married 2 years later.  They lived for most of their married life on a 1.25-acre farm in Carnation, raising goats, fruit, flowers, and vegetables.  Beth enjoyed gardening, while David cursed having to mow the large expanse of lawn.  Which was one of David’s attractions to Creekside … no lawn mowing!  They had investigated other areas for retirement within driving distance of Seattle, including Vancouver, Washington, and Port Townsend, which they especially liked.  But Anacortes more closely matched their interest in things cultural without having to deal with Port Townsend ferries.  It was their real estate agent who steered them to Creekside.  And we are glad she did.  Welcome!

P.S. In case you’re wondering, Beth and David now have furniture essentials: a bed, sofa, 2 armchairs, and a dining table and chairs.  More furniture lies unwrapped in the garage.  And you can be sure that they will be traveling again as soon as medical issues aren’t keeping them anchored here.