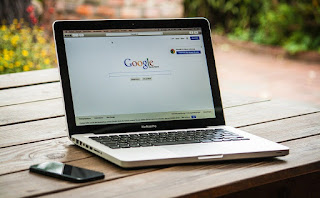 I initially posted this on Nextdoor Digest but I know that only a few Creekside residents are signed on to Nextdoor, so I asked that it be posted here on Creekside's own website and asked Peggy to mention it in the Newsletter.

I know that many people have expressed an interest in the broadband network that Anacortes is building. It also seems that many people are just sitting by and waiting for it to happen in their neighborhood before signing on. Anacortes would really like you to show your interest to signing on when available.

First, let me sing the praises of optical fiber transmission... We moved here from a small town in Vermont. That town was of low population even by Vermont standards (600,000 people in the whole state). Our town, of about 36 square miles had a population of 900 people. Some of them even lived beyond the power lines. They did not, however, live beyond the telephone lines. The local phone company had underground copper wire lines to every home that wanted service in the whole town.

Starting about 10 years ago, the phone company began replacing ALL of the copper wires with fiber optic cable. We were fairly close to the switch building so we got our fiber optic service soon after the project was begun.  We had fantastic service... until we moved here.

This was the only part of moving to Anacortes we felt disappointed in. We initially signed on with Comcast, but we are now with Frontier. The cost is more reasonable but the speed is less usable. We can hardly wait for the Anacortes fiber optic service to go live in our neighborhood.

Now here's the rub. Anacortes does not have the "official", "active" support of you out there to continue at the pace they originally predicted. What I'm asking, is for you to go to the City's website and fill out the non-binding form to "Pre-Register" for fiber optic internet service being offered by the city:

Remember, this is a NON-BINDING application form to indicate interest in the service.  Instead of waiting until the service is available here in Creekside, I'm urging you to go to the City's website and put in an application for service. The more people a cable main will serve, the less expensive per service connection the installation will be for the city. It's that simple.