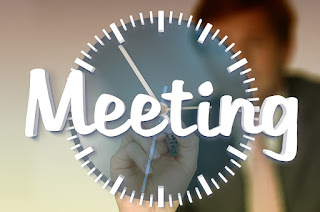 CALL TO ORDER: President Walsh called the meeting to order at 8:30 a.m.

PRIOR MEETING MINUTES: Norm Culbert made a motion to approve November Minutes as written, Peggy Noethlich seconded, all in favor, motion passed.

TREASURER’S REPORT: Norm Culbert said close to finalizing budget.  Two big expenses have come up that need to be worked in – group of dead trees in NW corner and replace mailbox kiosks.  2019 looks as if will close on a positive note.  He is developing a section for managing Reserves to add to the updated Rules & Regulations.

CORRESPONDENCE:
1. Landscape request from [...]* requesting permission to put in patio pavers.  Committee has meeting set up with them.
2. Notice from Surety Pest regarding replacement of vapor barrier at 2108 Circle, has been passed on to owner since is their responsibility.
3. Letters from seller regarding repairs needed, and Board’s response saying work will be done in the spring.

STANDING COMMITTEE REPORTS:
Architecture:  Per Richard no requests.
Hospitality:  Mary Robbins said the last event of the year will be the caroling on December 21st.  So far have 3 people signed up.  Mary said they will use their ($150) Hospitality budget for a gift card from the Donut House to use for next year.  Committee is full, will be meeting in January to set up events for every other month in 2020.
Landscape:  Peg said just have the one request from [...]* (see above).
RV Park:  Per Lee Worthy – will have 3 small spaces available at end of December.
Welcome:  Richard said committee had no new owners to visit this past month.

NEW BUSINESS:
1. Budget taking most of our attention at this time of year.
2. Kathy Anderson presented revised Rules & Regulations sections 7 and 14.  Kathy explained changes and asked for questions.  Discussion. Peggy Noethlich made motion to approve revisions, Craig Illman seconded, all in favor, motion passed.
3. [...]* request to obscure one lens on streetlight near his unit (PSE had done this in the past, worn off).  Discussion about others that have been done, still enough light for roads, no charge from PSE.  Kathy Anderson made motion to accept request, Norm Culbert seconded, all in favor, motion passed.
4. [...]* parking issue – Richard thanked Kathy and Peggy for talking to [...]*, follow-up letter sent.
5. Discussion about work in NW corner for tree removal, multiple bids, re-plant plan.

OLD BUSINESS:
1. [...].
2. Remedial pruning scheduled prior to painting on upper Lane, will probably take 4 years to do entire area.
3. Replanting area where ivy taken out – will move over-planting from north berm.

HOMEOWNER COMMENTS:
1. New owner [...]* said she’d come to meeting to see what’s going on, and how to turn in problems.  She said some painting wasn’t finished, and gutters are leaking.  Peg said painter only had order for what inspector called out.  Will put her on spot painting list for 2020.  Also explained gutter replacement schedule – have 2 buildings scheduled for 2020 to get idea of cost and strategy.
2. [...]* made some comments/suggestions for replanting the ivy area.  Said may be good to talk with man that did north berm, was reasonable on prices.

*Editor's note:  [...] indicates changes or redactions from the original text.